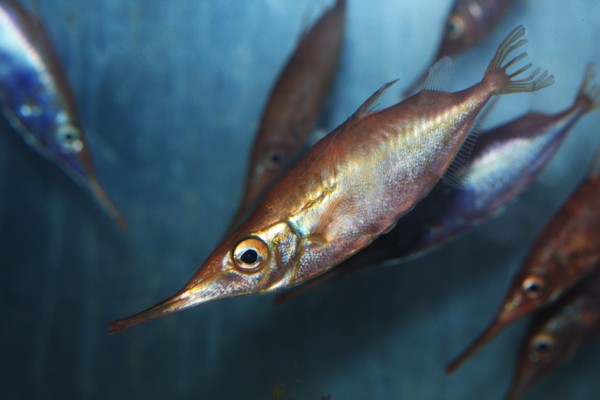 The collecting season of Snipefish is between November to April. We can usually collect with troll net fishing. The fish can tolerate the tank with 13-17 degree C. We feed frozen mysid shrimp. Some Japanese aquariums put the fish in the Giant Spider Crab tank as a good tank mate.